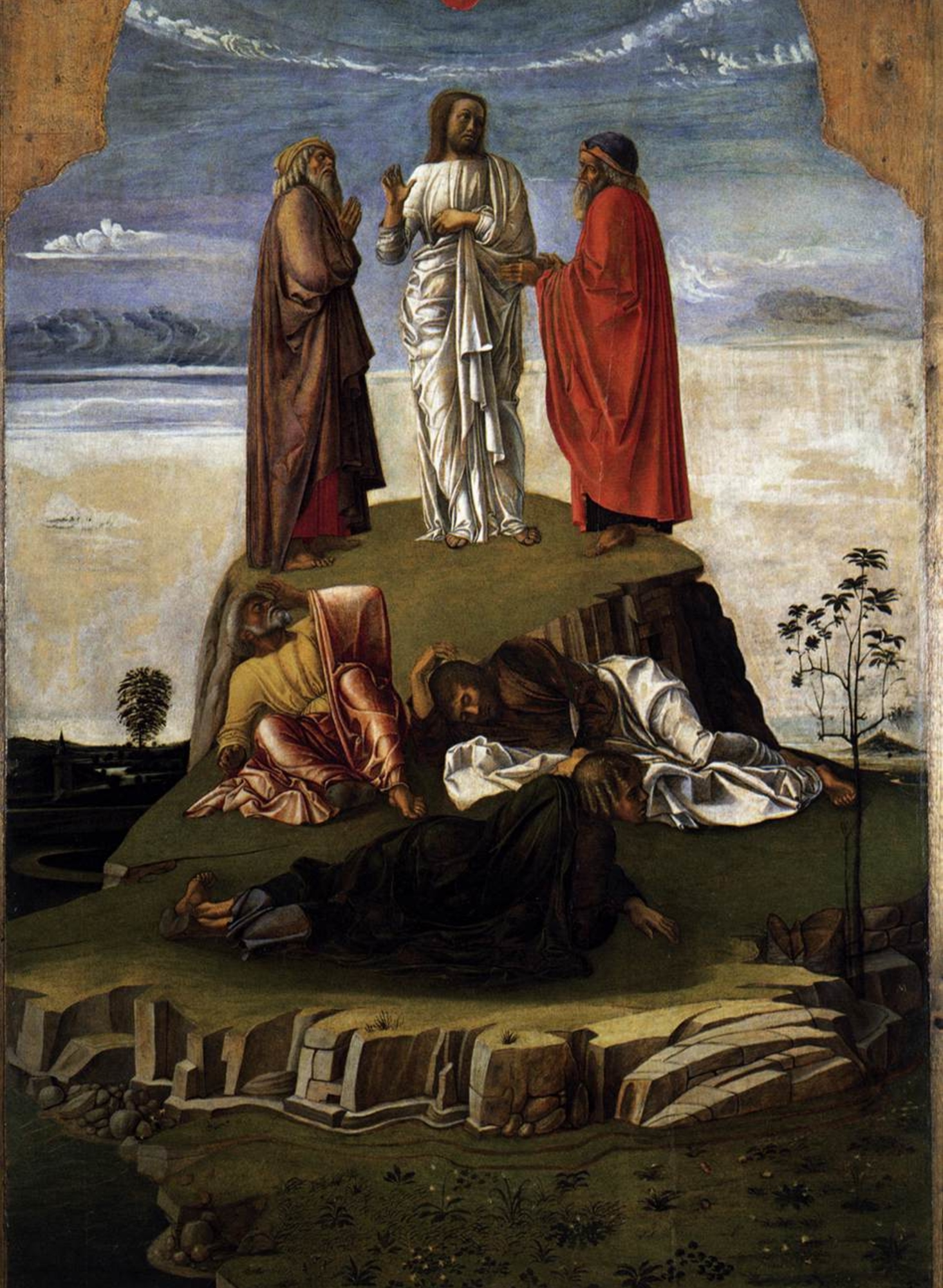 This painting was probably placed on the high altar of the Church of San Salvador, before being replaced by that of Titian. It was created in the later mid-century, and was strongly influenced by the style of the artist's brother-in-law Mantegna, something that is particularly evident in the folds of the clothing and the attention to the landscape. The artwork depicts Elijah and Moses alongside Jesus on the summit of Mount Tabor, at their feet the astonished Apostles Peter, James and John, in the traditional original iconographic representation of the synoptic gospels. The whole composition is based on an ascending movement, marked by the succession of rocky layers, at whose summit is Christ.

We use cookies to give you the best experience on our site. By using the website you agree to the use of cookies including third party.OkCookies info